The heavy duty towing team at Baker & Baker were happy to help a local company by moving 24 vehicles in just 4 hours. A local RV park and storage facility in Woodburn, OR, were getting ready to repave one of their parking lots. Before they could begin the repaving process, they had one not-so-small hurdle to clear … There were still 24 heavy vehicles in the lot.

From travel trailers to semis to boats and buses,  this RV park was in need of some extra help. Luckily Baker & Baker Towing were just a call away. After receiving the details of the job, the heavy duty towing team instantly said yes! They were always up for a new project, no matter the size.

To complete this job successfully, they needed a plan. So, the Baker & Baker team visited the job site a week before the move to assess the situation. They took note of all the vehicles that would be involved and recorded any other pertinent information.

The day of the job came, and the team arrived at the park with a foolproof plan. They knew the exact equipment they would need (a heavy duty wrecker as well as a light duty wrecker) and the exact order they would move the vehicles.

First, they pulled up to a their first RV and assessed the brakes to determine whether they were air or hydraulic. With this information, they used the wheel lift to raise the truck high enough to put blocks underneath. The heavy duty towing team then had easy access to the front axle of the RV so they could easily tow it to the other lot. After their first success, the team got to work and completed this cycle for all the remaining 23 vehicles.

Four hours later and the job was complete. The parking lot was now empty and ready for the planned renovations to begin.

Fantastic work team, it just goes to show how a simple plan can go a long way! 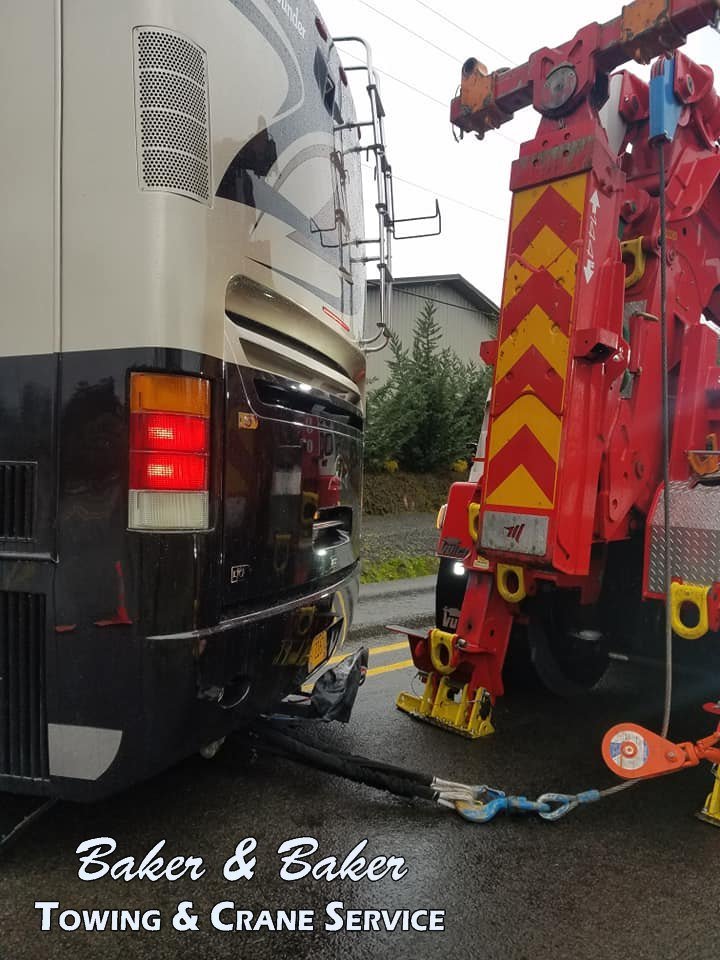 They had a detailed plan of what vehicle to move and in which order. After successfully moving their first vehicle (a Motorhome) by raising it up and attaching the front axle to their heavy duty wrecker, the heavy duty towing team repeated this process for all 23 remaining vehicles until the parking lot was clear.