As a certified crane service, Baker & Baker Towing & Crane is no stranger to lifting extremely heavy equipment and other large loads. However, we recently had the opportunity to add a massive, hand-carved 25-foot totem pole to our portfolio. This job required a different approach than other projects, but had impressive results once the totem pole was secured into place.

The Baker & Baker Towing & Crane Service was fortunate enough to assist on two separate occasions for the totem pole. On our first trip out to this beautiful Washougal, Washington residence along the Columbia River gorge, we unloaded the totem pole from the delivery truck.

There was still some work to be done before the totem pole could be uprighted and placed into its foundation. The homeowners had a recessed in-ground cement circle built around where the base of the totem pole was to be placed. Once completed, the Baker & Baker crane service was called back out to complete the job. We arrived on scene with our 15-ton hydraulic rear-mounted crane unit. This specially carved totem pole required great care and attention to detail to prevent damage.

As such, the crane service team used a spreader bar and straps to delicately lift the totem. This method allowed the professional crane service team to lift the pole out and away from the pole, preventing the straps from sliding in and damaging the wood. Protective blankets were wrapped around the totem pole at the point of contact with the straps to further minimize the possibility of any damages.

The crane service crew guided the base of the totem pole into the hole where it would sit. Once situated, the totem pole looked incredible. As the Columbia River gorge is a huge tourist draw every year, passing boaters will love admiring the impressive totem pole. 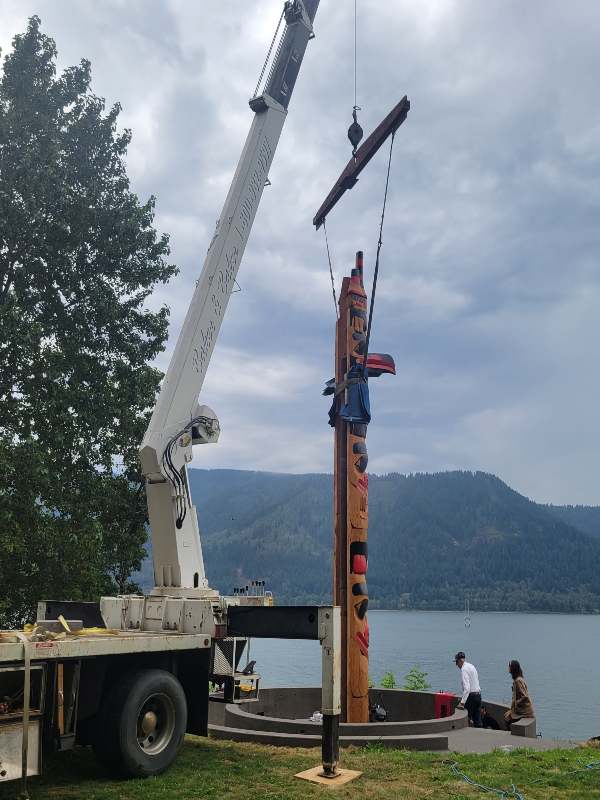 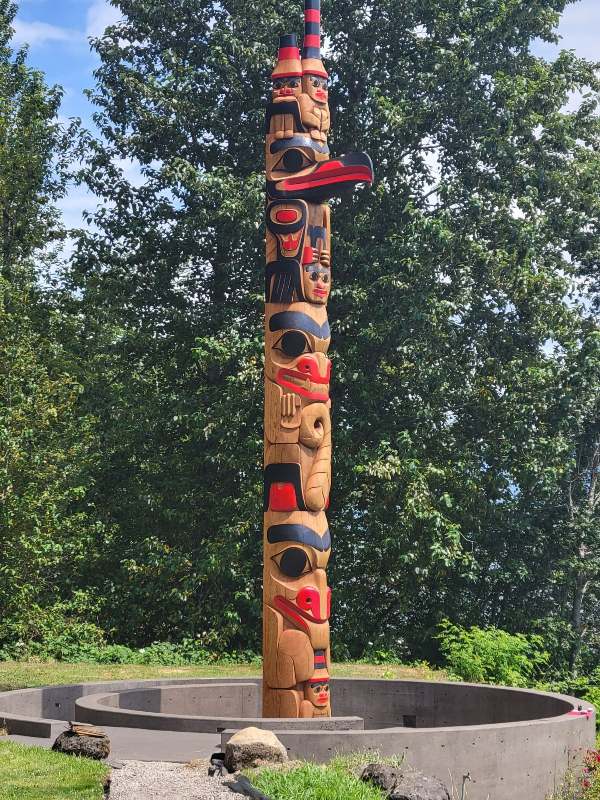 Baker & Baker Crane Service recently responded to a call for heavy lifting in Washougal, Washington. A homeowner ordered a hand-carved totem pole and built a concrete foundation in which to place it. However, with such a large and long load to lift, the homeowners opted to contact an expert crane service for assistance.

The Baker & Baker crane service operator carefully lifted the totem pole into its base. The secured totem pole now overlooks the Columbia River and will serve as a treat for those enjoying all that the water has to offer. Baker & Baker was happy to provide heavy lifting crane service to these Washougal, Washington homeowners.